Frances Valintine CNZM is a leader in innovation, and emerging technologies. After a 20 years career in higher education and creative technology Frances launched Tech Futures Lab in 2016 committed to the development of people and capability and developing a culture of innovation and responsiveness to technological advancement.

​Frances has worked with and advised 250+ organisations from every sector in New Zealand, from agriculture to finance, retail to law, and has gained a reputation as an expert in leading change initiatives.

​In the 2018 New Year Honours, Frances was appointed a Companion of the New Zealand Order of Merit recognising her lifetime of contribution in education and technology. In 2017 Frances received the NZ Flying Kiwi Award, inducted into the New Zealand Hi-Tech Hall of Fame and also named one of the top 3 NZ Innovators of the Year at the NZer of the Year awards.  In 2016 Frances was named one of the top 50 EdTech Educators in the World by EdTech International, and was also awarded a Sir Peter Blake Leader Award. In 2015 Frances was awarded the Westpac New Zealand Woman of Influence (Innovation) and the Next New Zealand Woman of the Year (Education).

In March 2022 Frances published her first book, Future You. Future You shares insights from Frances’s own extraordinary career to show how breaking away from expectation and routine is integral to living a full and successful life. Frances inspires and empowers readers to make bold self-discoveries: to take risks, step off the conveyor belt, open your heart to chance, overcome self-doubt, foster generosity, pass less judgement, think originally, and lead with possibility.

Frances sits on the boards of Watercare and Dilworth School Trust and is an advisor to BNZ. Frances is also a selection advisor for the Edmund Hillary Foundation, committed to supporting a community of impact entrepreneurs, investors and changemakers to build meaningful solutions to global problems.

She holds a Master of Education Management from the University of Melbourne. 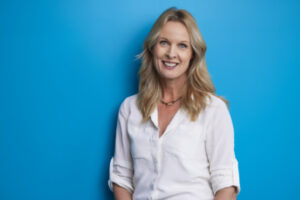